From SCS Modding Wiki
< Documentation‎ | Engine
Revision as of 12:19, 18 January 2016 by ErykDwornicki (talk | contribs) (Created page with "=Prerequisites= Only multimon configurations which are presented to the game as a single big resolution virtual screen are supported. You need to be using either Nvidia Surro...")
(diff) ← Older revision | Approved revision (diff) | Latest revision (diff) | Newer revision → (diff)
Jump to navigation Jump to search

Only multimon configurations which are presented to the game as a single big resolution virtual screen are supported. You need to be using either Nvidia Surround or AMD Eyefinity or equivalent depending on your graphics chipset type. When using the game set up with multiple separate views per the instructions below, the driver based bezel correction (the one that your display drivers may offer) should be disabled and the corresponding cvars (game config variables, see bellow) should be used instead to have the game handle the bezel gaps on its own.

The default interior cameras look slightly downwards to make the truck dashboard more visible. While that works well for normal monitor, it looks wrong on side views of multi monitor setup. For that reason it is recommended to set g_interior_camera_zero_pitch to 1 before launching the game to disable this feature without need to modify game data.

The game supports several built-in modes. Those modes are selected using r_multimon_mode cvar. Note that all built in-modes expect at least three monitors and will actually enabled only when the resolution has aspect ratio of at least 2.5:1. 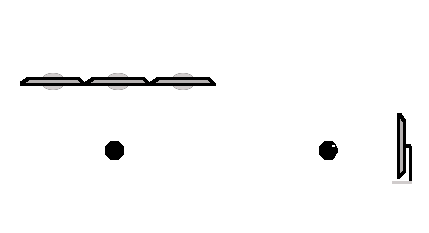 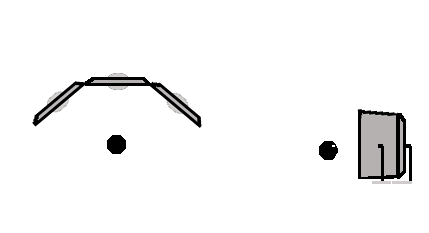 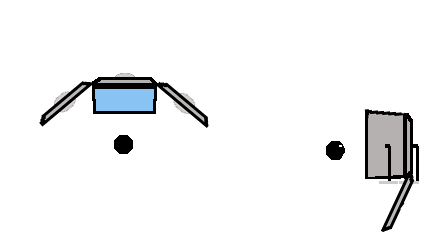 The visualization in modes 2 and 3 can be further controlled by following cvars:

This mode allows bigger flexibility over the setup for 1-4 monitors. It is enabled by setting r_multimon_mode cvar to 4. Note that unlike the predefined modes, this mode can be enabled regardless of the aspect ratio of the display. In this mode the game takes the configuration from \Documents\<game name>\multimon_config.sii. If the file does not exist, it is created the first time the game starts in this mode. You can either edit the file manually or use in-game multimon command to do most adjustments on the fly. Note that when using the multimon command, care must be taken to explicitly save the result before exiting the game or changing settings using the game options screen as the changes would be lost in that case.

Position of the UI and monitors in the virtual display created by driver is specified using normalized coordinates where [0,0] corresponds to left bottom corner and [1,1] corresponds to top right corner. Entire monitor or UI must fit inside the [0;1] range or the behavior is undefined.

Attributes of the ui

name - Name of the monitor for use with multimon command. normalized_x and normalized_y - Position of bottom left corner of the monitor in the virtual display created by driver. normalized_width and normalized_height - Dimensions of the view of the monitor in the virtual display created by driver. horizontal_fov_relative_offset and vertical_fov_relative_offset - This value is multiplied by field of view of the primary monitor and added to heading and pitch of the camera. Can be used to make the monitor position itself relatively when the fov of the primary monitor is calculated automatically. heading_offset, pitch_offset and roll_offset - Rotational offset in degrees added to orientation of the camera. Can be used to point the view in desired relative direction or to do bezel correction. camera_space_offset - Offset of the camera from the standard position. Can be used to move the camera to some specific position or bias it vertically to better match physical layout of monitors. horizontal_fov_override and vertical_fov_override - Overrides corresponding field of view angle. If both values are zero, the angle calculated by the standard camera is used. If at least one is non-zero, it is used directly and the second angle is calculated to keep the aspect ratio. render_interior - Enables rendering of the cabin interior. Can be used if you have a physical cabin. render_exterior - Enables rendering of the exterior scene (e.g. skybox, world and outside of the truck) to the view. Note that shadows cast to the view will still contain the exterior scene regardless of this setting. frustum_subrect_x, frustum_subrect_y, frustum_subrect_width and frustum_subrect_height - Allows to specify part of the full frustum cone which is rendered into the monitor. Can be used to move center of the projection outside of the center of the monitor. For example when using two front monitors to represent windshield of the truck while the driver is sitting before the left one, left part of the frustum can be removed to move the center of the projection before the driver. Note that change of this view will change the effective aspect ratio so both fov overrides need to be set to correct it.